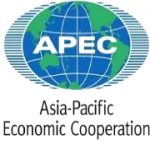 The Asia Pacific Economic Cooperation was recently hosted by Malaysia. Several leaders of the cooperation joined the summit. The Summit was attended by the US President Donald Trump as well. The next APEC meeting is to be hosted by New Zealand. Earlier on November 17, 2020, the members of Asia Pacific Economic Cooperation held ministerial meeting. The members then committed towards free and open trade and investment.

The APEC Putrajaya Vision 2040 was adopted during the Summit.  It envisions and open, resilient peaceful Asia Pacific community by 2040. The Summit also replaced the 1994 Bogor Goals with post 2020 vision.  The economies are to achieve the post 2020 vision through three economic drivers such as trade and investment, strong balance secure sustainable and inclusive growth, Innovation and digitalization.

The APEC faced several hardships to conduct the Summit since 2018. In 2018, Chile had cancelled the summit due to violent domestic protests. Later at the Papua New Guinea summit in 2018, the APEC economies failed to arrive at a joint statement due to trade war between the United States and China.

Why is India not a member of Asia Pacific Economic Cooperation?