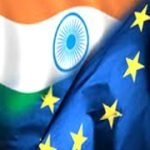 India and European Free Trade Association (EFTA) will meet shortly in an attempt to conclude their long pending negotiations on Free Trade Agreement (FTA).
So far, 16 rounds of negotiations have taken place which had started in 2008. Both sides had resumed talks on the agreement in January 2017 after a gap of three years

The proposed FTA between India and EFTA covers trade in goods and services, investments, IRPR protection, trade facilitation, customs cooperation and public procurement. The early conclusion of the proposed FTA between India and EFTA as well as an investment protection framework will boost economic ties between the two sides. The India-EFTA bilateral trade was worth $19 billion in 2016-17 from $21.5 billion in 2015-16. The trade balance was in favour of EFTA members.

EFTA is regional trade organisation and free trade area consisting of four European states, Iceland, Norway, Switzerland and Liechtenstein. It operates in parallel with European Union (EU), and all four member states participate in the European single market.
It was established in May 1960 thorough Stockholm Convention to serve as an alternative trade bloc for those European states that were unable or unwilling to join then European Economic Community (EEC) (which subsequently became European Union).
EFTA is not a customs union and member states have full rights to enter into bilateral trade arrangements with third-country. Moreover, it does not envisage for political integration nor issue legislation. Its secretariat is headquartered in Geneva, Switzerland.