Did women of India have voting rights before Independence? 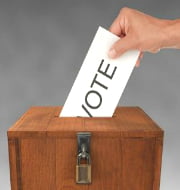 The United States observed the 100th anniversary of Women’s Equality Day on 26th August to commemorate the allowance of the constitutional right to vote to the American women. In the context of the special day let us discuss the voting rights of Indian Women before Independence.

That clearly indicates,  the eligibility to vote of the woman depended largely on her husband’s qualifications and social status.

The general election of 2019 witnessed more women participation in the voting system and the gender gap has also narrowed to its lowest.

A total of 78 women parliamentarians are serving the country at present.

India learned from its glorious history that more inclusion of women in the development field eventually strengthened the governance of the country.