What is anti-trust case against Google? 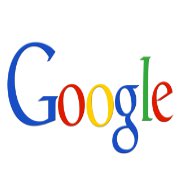 The United States Justice Department recently sued Google alleging the company of illegally abusing it in the internet search. According to the department, Google is illegally using its dominant position in the internet market to advertise deals.

What is anti trust law?

It Refers to the competition law. It protects trade in the country from unfair monopolies, restrains and price fixing. The antitrust law ensures fair competition in open market economy. The competition act in India is an anti trust law.

The Competition Commission of India in May 2020, accused Google of abusing its market position. This equation is similar to the one made by the US currently. There are three major antitrust challenges for Google in India.  The free applications in Google Play app of the company is giving unfair advantage over the Other apps of the competitors.

In 2018, the Competition Commission of India fined 21 million USD to Google for search bias.

The act prohibits abuse of dominant position by Enterprises, anti-competitive agreements and regulate combinations. The competition appellate Tribunal (COMPAT) was established under the act. In 2017, the Government of India replaced COMPAT with National Company Law Appellate Tribunal.

It was established under the competition Act 2002. The main objectives of the commission is to eliminate practices that has adverse effects on competition to protect the interest of customers to promote and sustain competition and to ensure freedom of trade in the Indian market.