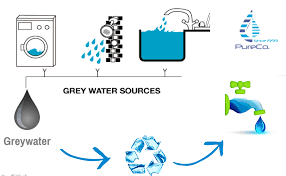 On 23rd March 2022, the Sujalam 2.0 campaign was launched by Gajendra Singh Shekhawat, the Union Minister of Jal Shakti. This campaign has been launched for greywater management. The launch event was held virtually by the Ministry of Jal Shakti’s Department of Drinking Water and Sanitation (DDWS).

The theme for this campaign

‘Groundwater: making the invisible visible’ is the theme for this campaign.

The objective of this campaign

The Sujlam 2.0 campaign was launched with the objective of managing greywater through the participation of the people. Under this campaign, there are plans to mobilize communities such as schools, panchayats, and anganwadis to help in greywater management.

Funding of this campaign

Funds for greywater management will be provided from the Swachh Bharat Mission-Gramin Phase II or through grants under the 15th Finance Commission as well as the MGNREGS or through the convergence between all of them.

Greywater refers to the domestic wastewater that is generated in households, office buildings, etc. and is without faecal contamination. Sources of greywater include showers, sinks, washing machines, baths, etc.

Since greywater contains less pathogens compared to domestic wastewater, it is safer to treat, handle, and reuse for the purpose of landscape, toilet flushing, crop irrigation, etc.

How can Greywater be managed?

It can be best managed where greywater is generated.  It can turn into a major infrastructure and management challenge if greywater is allowed to be accumulated and thus, can stagnate.