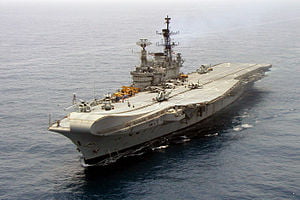 The Supreme Court have put a stay on the dismantling of the INS Viraat that was decommissioned recently. This decision was taken in the backdrop to restore the everlasting glory of this legendary warship of the Indian Navy.

The SC’s stay on the dismantling while hearing a petition filed by a firm. The firm filed the petition seeking a permission to convert INS Viraat into a maritime museum and a multi-functional adventure centre. The centre had informed the Parliament in July 2019 about their decision to dismantle the INS Viraat after holding due consultation with the Indian Navy.

The firm that filed the petition has proposed to buy the aircraft carrier for Rs 100 crore.