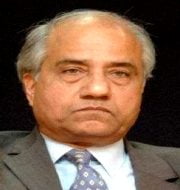 A High Level Committee set up to review the Institutionalization of Arbitration Mechanism in India has submitted its report to the Union Law Ministry. It was headed by Justice (retired) BN Srikrishna.
The Union Government is committed for speedy resolution of commercial disputes and to make India an international hub of Arbitration. So government has decided to look into the recommendations and amended laws according to need.

Arbitration Promotion Council of India (APCI): The committee has recommended for setting up APCI, an autonomous body having representatives from all stakeholders for grading arbitral institutions in India. The APCI may recognize professional institutes providing for accreditation of arbitrators. It may be also empowered to hold training workshops and interact with law firms and law schools to train advocates with interest in arbitration and with a goal to create a specialist arbitration bar comprising of advocates dedicated to the field.
Specialist Arbitration Bench: It also recommended for creation of a specialist Arbitration Bench to deal with such Commercial disputes, in the domain of the Courts.
Changes in Arbitration and Conciliation Act: It has suggested in various changes inprovisions of the 2015 Amendments in the Arbitration and Conciliation Act with a view to make arbitration speedier and more efficacious and incorporate international best practices.
National Litigation Policy (NLP): The Committee also has opinion that the NLP must promote arbitration in Government Contracts.