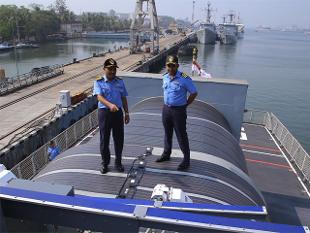 The INS Sarvekshak is on a deployment to Mauritius for undertaking Hydrogrpahic surveys along with Mauritius. It will also provide training to the Mauritian personnel on advanced hydrographic equipment and practices during the deployment.