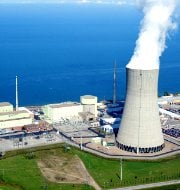 In December 2014, India and Russia had signed ‘Strategic Vision for Strengthening Cooperation in Peaceful Uses of Atomic Energy’ to explore opportunities for sourcing materials, equipment and services from Indian industry for construction of Russian-designed nuclear power plants in third countries. Moreover, India had signed a civil nuclear cooperation deal, along with two more agreements, with Bangladesh in April 2017 under which two sides can supply and manufacture equipment, material for atomic power plant.

The nuclear deal with Bangladesh allows Indian nuclear establishment to grow, internationally as for years it was not been able to grow due to sanctions imposed on New Delhi post 1974 Pokhran tests. However, it is not clear what kind of nuclear collaboration India is having with Bangladesh since both countries are not members of Nuclear Suppliers Group (NSG), an elite grouping of 48 members that prevent nuclear proliferation by controlling  export of materials, equipment and technology that can be used to manufacture nuclear weapons.