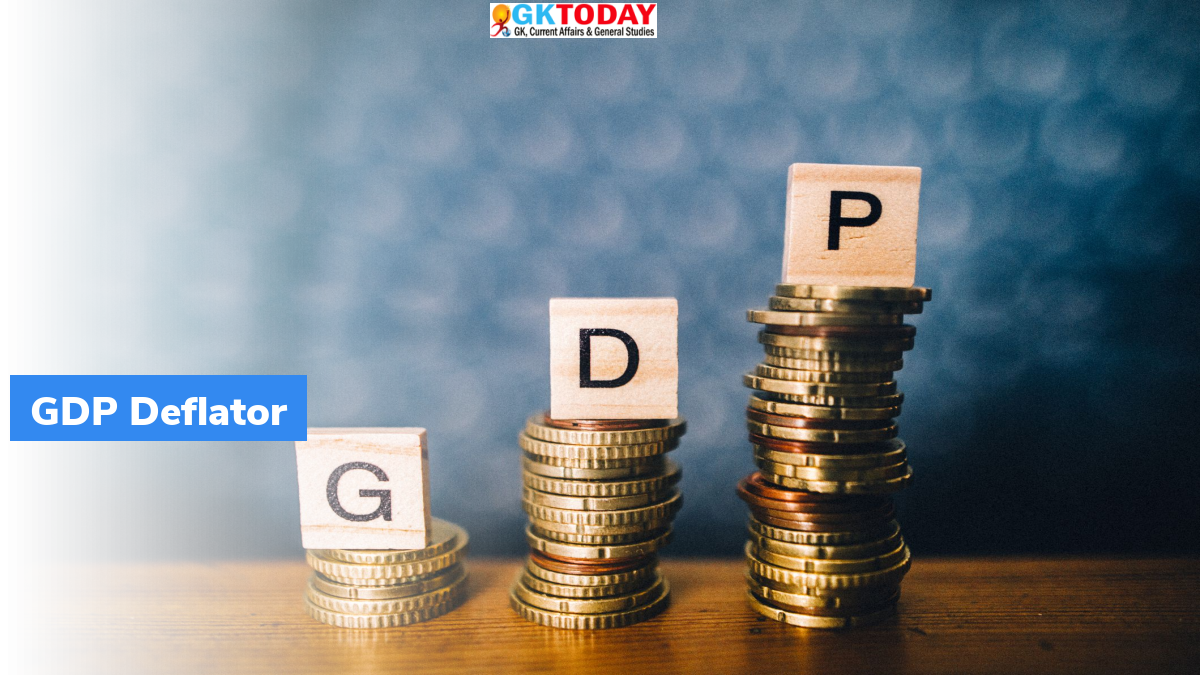 On February 10, 2022, Finance Minister Nirmala Sitharaman highlighted that, for 2022-23, Centre’s gross domestic product (GDP) deflator projection is 3 to 3.5 per cent.

GDP projection in the Budget

What is GDP Deflator?

GDP Deflator is also known as ‘implicit price deflator’. It is a measure of general price inflation. It is defined as ‘difference between nominal GDP and real GDP’. It is calculated by dividing nominal GDP by real GDP and multiplying it by 100.

It is the market value of goods and services which are produced in an economy. This value is unadjusted for inflation. Nominal GDP is measured at current prices.

When nominal GDP is adjusted for inflation, it is called as Real GDP. It is done to reflect changes in real output. This GDP is measured at constant prices.

Which ministry comes out with GDP deflator?

Ministry of Statistics and Programme Implementation (MOSPI) comes out with GDP deflator. Base of the GDP deflator is revised when there is any change in base of GDP series.