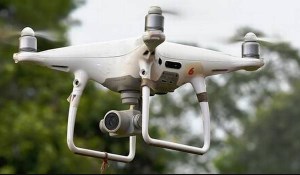 The Central Government has announced that its incubation fund, named as DISHA, aimed at the promotion of indigenous manufacturing of unmanned aerial vehicles, will be allocated less than Rs 500 crores, in the wake of the recession triggered by the COVID 19 pandemic.

The fund was earlier allocated a sum of Rs 2000 crores but now in the prevailing situation, the allocation has been reduced as the world is undergoing the worst recession in the last 100 years. The Civil Aviation Ministry is also supporting it since the time is now not ripe for investing in technological advancements.

What is DISHA Fund?

This is the incubation fund created by the central government with the objective of providing financial support to the Indian startup ventures and the researchers to manufacture drones for utilization in four sectors, namely, infrastructure, agriculture, security and healthcare. The Civil Aviation Ministry published the guidelines under this program regarding manufacturing and use of drones in the country.

The Ministry has already started the registration process for the drones which have not been granted the Drone Acknowledgment Number. It also gave the opportunity for voluntary disclosure of UAVs in the country and 19553 drones have been registered during that period.

As per the new rules, an authorized drone manufacturer or authority can sell its devices only to the authorities approved by the Directorate General of Civil Aviation in order to avoid any duplication of work for the non-registered drones in the country. However, the rules are yet to be finalized and it will be done once the comments are received from all the stakeholders.