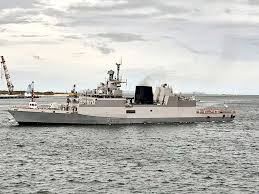 On October 3, 2020, India and Bangladesh are to hold a mega military exercise in Bay of Bengal. The exercise is to be followed by a two-day patrolling called CORPAT.

Apart from these, a number of helicopters from both Indian and Bangladesh Navy will also participate in the exercise.

Other military Exercises between India and Bangladesh

Sampriti is an annual military exercise that is held between India and Bangladesh. The exercise was begun in 2010 and has been conducted annually since then.

India has been participating in active maritime exercises in the Indian Ocean Region lately. This has increased especially after the Ladakh stand off between India and China. In September 2020, India participated in a three day naval drill with the Japan. In August, 2020, India joined Australia conducting two-day mega exercise in the Indian Ocean Region featuring helicopter operations, anti-aircraft drills and complex naval manoeuvres.

It is important for both India and Bangladesh to hold such frequent exercises for the countries to counter terror operations. Also, both the countries are victims of cross-border terrorism. These exercises will boost the capabilities of the defence forces to work together. The Jamaat-ul Mujahideen and Harkat-ul Jihad are some of the terrorist organizations causing troubles along the international border of the countries.