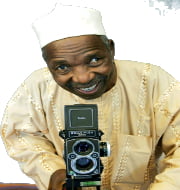 Renowned Malian photographer Malick Sidibe passed away in Bamako, Mali due to diabetics. He was 80.
He was known for his black and white studio portraits that captured popular cultural lives of young Malians in the 1960s and 1970s.