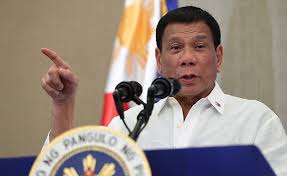 Philippines has announced to withdraw from International Criminal Court (ICC) citing reason of international bias and held that ICC was being utilised as a political tool against it. It will make Philippines only second country to withdraw from the Rome statute, following Burundi in 2017. South Africa attempted to leave in 2016, but its withdrawal was revoked by UN.

Philippines had ratified Rome statute related to Hague-based ICC in 2011. Its ratification was seen as big step forward for human rights in Asia. Now its withdrawal is seen as blow for international accountability in the region.
The ICC in February 2018 had announced that it was launching preliminary examination of President Rodrigo Duterte’s bloody anti-drug crackdown that has drawn international concern. It is clamed that nearly 4,000 drug suspects were killed as part of campaign, while human rights groups claim the toll is around three times the numbers given by authorities.

ICC is the world’s first intergovernmental legal body with permanent international jurisdiction to prosecute individuals for genocide, crimes against humanity and war crimes. It is based in The Hague, Netherlands. It began its functioning on 1 July 2002, the date that Rome Statute entered into force. It has 123 member states (India is not its member). The Rome Statute is multilateral treaty which serves as ICC’s foundational and governing document. India has not signed Rome Statute. The ICC has jurisdiction to prosecute individuals and is independent of United Nations (UN). But it may receive case referrals from UN Security Council and can initiate prosecutions without UN action or referral.
Note: US signed the treaty (Rome Statute) in 2000 but never ratified it, citing concerns over sovereignty, similarly with Russia. Israel signed it for a short period but also never ratified it into law. China has not signed it.