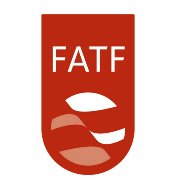 According to review by Asia Pacific Policy Group on Money Laundering (APPG), Pakistan’s recent action against terror financing, particularly on  legal front were found to be “unsatisfactory” despite it was placed on the Financial Action Task Force (FATF) grey list in February 2018 for failing to curb terror funding. APPG examines cases of all countries on the grey and black lists and reports to FATF.

It was held in September 2018 in Jakarta, Indonesia. It observed that Pakistan has not achieved much, especially on legal side (like freezing of assets, attachment of funds, militant groups infrastructures etc). It also reviewed Pakistan on its compliance with 26-point action plan, which it had submitted to FATF in Februarys 2018 to choke funding of militants groups.  Based on its observations, APPG will report the unsatisfactory performance by Pakistan to the FATF, at its plenary in Paris, France in October 2018. Another APPG review for Pakistan will be held in December 2018 following which final evaluation report will be prepared.

The development comes as major setback for newly elected Pakistan Prime Minister Imran Khan, who was hoping that FAFT will be lenient in review given Pakistan’s commitment to 26-point action plan spanning over period of 15 months. Grey listing will squeeze Pakistan’s economy and make it harder to meet its mounting foreign financing needs, including potential future borrowings from IMF.
It will endanger Pakistan’s handful of remaining banking links to outside world, causing real financial pain to the economy. It will lead to downgrading of Pakistan’s debt ratings by international banking and credit rating agencies, making it more difficult to tap funds from international bond markets. It will also suspend international funds and aid to Pakistan such as Coalition Support Funds (CSF), money which US owes to Pakistan for military operations.

The process to include Pakistan in list began in February 2018 when FATF approved nomination for monitoring under its International Cooperation Review Group (ICRG) commonly known as Grey List. The resolution against Pakistan was moved by US which said that Pakistan is not doing enough to comply with anti-terrorist financing and anti-money laundering regulations. India also had lobbied hard with US for monitoring of Pakistan while highlighting funding of terrorist activities. Pakistan was on watch-list between 2012 and 2015 as well but then it was only for money laundering and not terror financing.

It is FATF-style regional body for Asia-Pacific region. It is inter-governmental (international) organisation founded in 1997 in Bangkok, Thailand. It consists of 41 member jurisdictions and number of observer jurisdictions and international/regional observer organisations. It is focused on ensuring that its members effectively implement international standards against money laundering, terrorist financing and proliferation financing related to weapons of mass destruction.