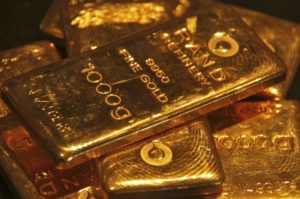 The Kolar Gold mines are located nearly 100 km from Bengaluru. They were closed in 2001 due to the fall in gold prices. The pyroclastic and pillow lava at the mines were declared as a National Geological Monument by the Geological Survey of India. This was done for the protection, maintenance and encouragement of Geo-Tourism.

The power generation units in Shivanasamudra, Mandya were built to support the mining operations in 1889. The Kolar Gold mines were nationalized in 1956. The mining operations were closed by the Union Government in 2001 citing the production did not justify the investment.

India imported 11.5 billion USD of gold in 2019-20. India is the largest importer of gold in the world. Gold imports in India is one of the main reasons of Current Account Deficit.

It is the measurement of a country’s trade where the value of goods and services of its imports exceeds the exports.