Iron Magic 19: UAE, US to conduct military exercise near Dubai 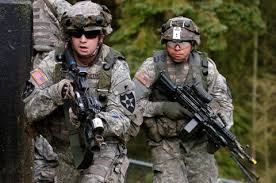 The exercise seeks to reinforce cooperation, joint actions and exchange of expertise in military areas between both countries. This will contribute to maximizing combat capabilities and increasing coordination between UAE and the US armed forces.
The bulk of UAE military hardware, such as F-16 fighter jets, Mirage jets and Apache Longbow attack helicopters are mostly manufactured by companies from US, Britain and France. UAE, a major oil supplier, has established growing defence industry in recent years, mainly in armoured vehicles and naval military equipment.