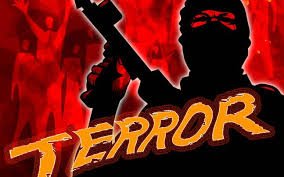 Several countries that have routinely experienced large numbers of terrorist attacks in recent years observed considerable decreases in total attacks in 2016, compared to 2015. In 2015, Iraq (2418 attacks) and Afghanistan (1708) were ranked first and second respectively, while Pakistan took the third spot (1009 attacks).
The number of terrorist attacks in India in 2016 has increased by 16% and total number of deaths also has increased by 17%. More than half of the terrorist attacks in India in 2016 took place in four states: Jammu and Kashmir (19%), Chhattisgarh (18%), Manipur (12%) and Jharkhand (10%).
This geographic pattern of attacks was relatively stable compared to 2015, with the exception of J&K which experienced an increase of 93% in attacks in 2016. Though India ranked 3rd, the lethality of these terrorists attacks were relatively low compared to other countries that have experienced great deal of terror violence.
On average, terror attacks in India led to 0.4 deaths per attack in 2016, compared to 2.4 deaths per attack worldwide. Nearly three-quarters of attacks at 73% were non-lethal in India in 2016. The majority of attacks in India either involved explosions/bombings at 47% or armed assaults at 18%.
In addition, kidnappings at 15% of all attacks were particularly prevalent in India, compared to 10% worldwide, while facility/infrastructure attacks were at 12% of all attacks, compared to 6% worldwide. The deadliest attack in India in 2016 took place in July 2016, when the Communist Party of India – Maoist (left wing extremists) detonated explosives and opened fire on CRPF personnel in Bihar, killing 16 people including six assailants.