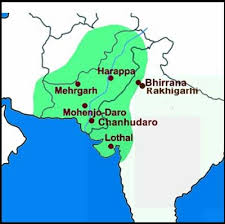 India and Portugal will cooperate in setting up of a national maritime heritage museum at ancient Indian site of Lothal in Gujarat. Lothal (literally means the mound of dead) was one of port cities of Indus Valley Civilization (Harappan Civilization).

Portugal is home to the Navy Museum (a maritime museum) in Lisbon, which is administered by Portugal Navy. So the two countries discussed that India could also follow the similar mode. Soon a Defence Ministry-led delegation would also be visiting Portugal to study existing museum in Lisbon.