Awards / Honors
First Sports Inventor of India
Sports Inventor was an event organized by NEO cricket and Intel, in Mumbai to make available a platform to innovative minds to present their ideas on a technology that would change the face of sports.
In the grand finale of this event Manish Sahu from Mumbai was awarded India’s First Sports Inventor for inventing a Batting Simulator.

What is this Batting Simulator?
It is a simulator in which a virtual reality 3D environment of a cricket match is created. The user of the simulator with a real bat in his hands faces a virtual bowler and gets the experience of the ground conditions without actually being out there. Imagine this scenario, Sehwag and Gambhir are batting on the field facing Australian bowling. Yuvraj is waiting padded up in the dressing room. With the Batting Simulator, Yuvraj could just wear the Simulation glasses and face the same Mitchell Johnson deliveries that Sehwag and Gambhir are facing. (Info gathered from a UNI News)

Metlotsavam
Metlotsavam is a festival of steps conducted by Tirumala Tirupati Devasthanams (TTD). Fromm all over south india Bhajan troupes come to take part in this festival.

National Updates:
New IAF base in Chhattisgarh
New Indian Air Force (IAF) will be set up in Chhattisgarh considering the state’s strategic location in central India. This is very important for India’s security reasons to receive immediate help in case of emergency. This will be 3000 acre set up, decision was taken in a meeting in which Chief Minister Raman Singh, Air Marshal S Varthaman of the Central Air Command, Allahabad, and officials of the state and the IAF were present.

Nivesh Mitra Scheme of Uttar Pradesh:
Nivesh Mitra scheme is a scheme of Uttar Pradesh Government with an objective to create a facilitative environment for rapid industrial development and to allow the entrepreneurs to concentrate their fullest attention on productive activities. Under this NIVESH MITRA- Under One Roof” scheme industrial clearances and approvals has been provided for, under Industrial Policy-1998.

The objective of the “NIVESH MITRA-Under One Roof” is to ensure the grant of all approvals, sanctions, no-objections, licenses etc., required from various departments for setting up industries, in a centralised and time bound manner so that entrepreneurs may be relieved from the difficulties of running to various departments for the same. The Nivesh Mitra scheme has been implemented in 18 districts of the state under the first phase.

On January 7, 2010, the Uttar Pradesh government has warned the officials of stringent action on conducting laxity in the ‘Nivesh Mitra’ scheme.

26 out of 45 and Guruji is Pass.
Shibu Soren-led coalition government, comprising JMM, NDA and All Jharkhand Students’ Union has won vote of confidence in Jharkhand Assembly by 45-26 votes. 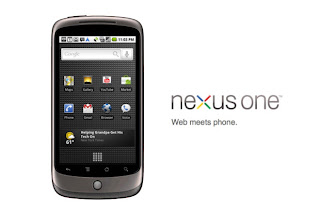 It has been made by Taiwan-based HTC while the software platform is Google’s – Android 2.1.
Nexus One will be available only in countries like the US, the UK, Hong Kong and Singapore initially and not in India right now. Nexus means convergence, where Web meets a Phone.
Price: The unlocked version in the US is priced at $530 while the phone costs $179 with a T-Mobile contract, the telco-driven model which subsidizes the handset price.

The software, Android version 2.1, builds on Android 2.0, and users can place widgets across five home screens instead of three. Android 2.1 voice enables every text field in the device, using which users can speak Twitter messages, Facebook posts and email messages and the phone will convert them to text to send.

E-spark
E-spark is the new electric car of GM (General Motors). This car has been developed in collaboration of Bangalore-based electronic carmaker Reva. It was unveiled today.

India’s & World:
Return of INS Savitri:
Based on formal requests from the Mauritian Government, the Indian Navy had deployed INS Savitri with a Chetak helicopter and Marine Commandos, for EEZ Surveillance of Mauritius starting from early December 2009. fter deployment over a month, in the waters of Mauritius and Seychelles for Exclusive Economic Zone (EEZ) surveillance and anti-piracy patrols, INS Savitri has retunred back.

The Indian Navy has increased its efforts for presence-cum-surveillance in the areas of expanding piracy and has been actively lending support to other nations by deploying suitable ships and aircraft for such missions but especially in the EEZ of friendly nation’s viz. Seychelles, Mauritius and Maldives.

This visit another manifestation of the comprehensive cooperation between the Government of India and the Governments of Republic of Mauritius and Seychelles.

New online US VISA form from January 19:
US Embassy and its Consulates in India will introduce a new online non-immigrant (NIV) application form to avoid needless delays by making availability of the DS-160 form online on its website from January 19.