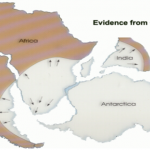 Since May 2019, onion prices are constantly rising in India. The price has increased by Rs 20 – 25 per kg across the country in the last 6 months.

Why are the Onion Prices rising?

The price rise occurs usually in the months when the onion consumption goes down. It is usually in the month of October. This is mainly because lakhs of people in Maharashtra do not have onions and non – vegetarian food during Navratri festival. It also occurs in the Shravan month that occurs in July and August.

However, the recent price rise is mainly because of the heavy rains, drought in 2018 and delayed monsoon in 2019. This reduced and delayed their arrivals to the agricultural mandis.

It is also because of reduction in cultivation area of rabi crops in Maharashtra (Rabi onions are alone fit for storage and not Kharif. Because, rabi onions have reduced moisture). In 2017 – 18, around 3.54 lakh hectares of land were under onion cultivation. This reduced to 2.66 lakh hectares in 2018 – 19.

In Karnataka, the arrival of Kharif onions were delayed as heavy rains lashed the state few weeks ago. In 2018, 35,000 quintals of onions arrived the markets of Karnataka. This year it reduced to 25,000 quintals.

What are the government initiatives to control price rise?

The government also restricted the exports by hiking the Minimum Export Price to 850 USD per ton. ton. Anticipating the price hike, government created buffer stock of 57,000 tons of which 18,000 had already been offloaded. Also, government had ended the 10% export subsidy for onion.

Where does Onion grow in India?

The other leading producers of Onion are Bihar, Madhya Pradesh and Andhra Pradesh. These 6 states account to 90% of onion production of India. The Maharashtra belt alone contributes one – third of the country’s onion production.

What are onion growing seasons of India?

The requirement of onion is constant throughout the year. However, availability of fresh onion is limited to 7 months. There are 3 onion growing seasons in India. They are

What is India’s onion production in the world scenario?