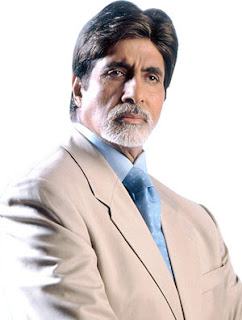 National Affairs:
National Science and Engineering Research Board
The Government of India is going to set up a National Science and Engineering Research Board on the lines of National Science Foundation in the United States. The proposal was announced in 2008. This will be an autonomous body that will focus on promoting basic research in science and engineering. A meeting of PM’s Scientific Advisory Council was held on January 29, 2010 and now it is official that the Board will be formally launched in March 2010. Rs. 4000 crore are slated to be allotted as funds for next 3-4 years.

Bihar : Steady Decline in Polio Cases:
As per latest figures released by the UNESCO and World Health Organization(WHO), Bihar has shown a steady fall in Polio cases since 2007. The number was 503 in 2007, came down to 233 in 2008 and 117 in 2009 thus making Bihar as one of the least affected states in the country.

Rajasthan : Liquor Policy
The new state excise and liquor policy of Rajasthan is out and approved. State Government aims Rs. 2400 Crore earnings in the fiscal 2010-11. The new policy marks some changes such as 20% hike in the license of IMFL (India Made Foreign Liquor). This policy is coherent with the conservative and reformative approach of Chief Minister Ashok Gehlot’s new government, which is quite different from the previous government of Vasundhara Raje.

Uttar Pradesh – Budget 2010-11 some memorable points:
Following new programs have been launched in Uttar Pradesh in the Budget of State 2010-11.

Super 30
Super 30 is an educational program that started in Patna, India under the banner of Ramanujan School of Mathematics. Every year the programme selects 30 meritorious and talented candidates from economically backward sections of society and shaped to appear in IIT JEE. The programme provides free tuitions, boarding and lodging. The story of its founder, Mathematician Anand Kumar can be summed up in a single line that he was granted admission to Cambridge University, but could not attend for financial reasons. Having witnessed extreme financial hardship since childhood, he felt the pangs of poverty so much that he decided to do something for the poor students, who invariably fade away without getting right opportunities. This led to the birth of the programme.

Today Anand Kumar, the founder of Super-30, met with Prime Minister Manmohan Singh in Delhi on Wednesday to discuss ways to bring improvement in the secondary education system and to present his ideas designed to bring positive changes in the IIT-JEE exams.

Pitroda panel:
Prime Minister had constituted a committee under Sam Pitroda in January 2010 to look into the functioning of two telecom public sector units BSNL and MTNL. Noted banker Deepak Parikh and the telecom secretary are members of this panel. recently BSNL had invited bids for GSM
equipment for an estimated investment of over Rs 36,000 crore (Rs 360 billion) but the PSU could not place the orders even after 20 months of tender due to various issues, including legal battles. Now PM asks the department to refer this case to pitroda Panel.

From India, National Security Advisor Shiv Shankar Menon and his predecessor and now Governor of West Bengal M.K. Narayanan go to attend the meeting. Mk Narayanan has been a regular visitor to this conference earlier and his strong relationships with German NSA Christoph Huesgen has earned him the invitation even after his not being current national security advisor of India.

China will take part for the very first time.
Main topics will be Nuclear arms safety, NPT, disarmament, the future of Afghanistan, maritime security, especially off the Somali coast, stability in the Persian Gulf and the Middle East.

Milan Exercise
Exercise Milan is a largest four-day naval war game hosted by India starts on February 5, 2010. 12 navies of the Asia-Pacific region within the context of the Indian Navy’s “Look East” policy and naval interactions to this effect take part in this mega naval exercise event. Milan is a biennial gathering which involves navies of the Indian Ocean. It is being organized by Indian Navy at Port Blair since 1995.
Participants are Naval ships of Singapore (two ships), Sri Lanka, Thailand, Australia, Bangladesh, Indonesia, Malaysia and Myanmar, with representatives from navies of Brunei, Philippines, Vietnam and New Zealand.

Indo-UK Joint Economic & Trade Commission (JETCO)
6th session of the Indo-UK Joint Economic & Trade Commission (JETCO) concludes in London and both the countries agreed on the need for further improvement in the regulatory environment impacting trade and investment flows. This JETCO Session was attended by Shri Anand Sharma, Union Minister of Commerce & Industry and Lord Peter Mandelson, Secretary of State for Business, Innovation & Skills, Government of the UK. The UK is among India’s major trading partners. Bilateral trade with UK during 2008-09 stood at US $ 12 billion .

India and the U.K. have also agreed on the text of a civil nuclear cooperation deal that is likely to be signed soon on a convenient date.

What is this project about?
The project will have a loan component of US$105.23 million from International Bank for Reconstruction and Development(IBRD) and a grant of US$20.33 million from Global Environment Facility(GEF). The projects will be implemented over a period of five years. The project will be implemented in five cities of four States: Maharashtra (Pune & Pimpri-Chinchwad), Madhya Pradesh (Indore), Chhattisgarh( Naya Raipur) and Karnataka (Mysore).

The objective of SUTP is to promote environmentally sustainable transport and to improve the usage of environmentally friendly transport modes in project cities. The project consists of Capacity Development Assistance for selected Cities and City Demonstration Projects.

World’s Most Precise Clock:
National Institute of Standards and Technology (NIST) Physicists make an enhanced version of an experimental atomic clock based on a single aluminum atom. It is now the world’s most precise clock would neither gain nor lose one second in about 3.7 billion years. It is twice as precise tan the earlier mercury atom clock. Its is second version of quantum logic clock of NIST.

It borrows the logical processing used for atoms storing data in experimental quantum computing and loses one second every 3.7 billion years. Please note that cesium fountain clock loses a second every 100 million years. Physicist Chin-wen Chou of National Institute of Standards and Technology was the first to develop a atomic clock.