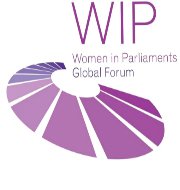 Bangladesh has won the prestigious Women in Parliaments (WIP) Award for regional leadership in the South and Southeast Asia category for closing the gender gap in politics.
The award was presented by WIP Global Forum at annual summit held in Addis Ababa, Ethiopia. On behalf of Bangladesh’s Prime Minister Sheikh Hasina, Minister of State (MoS) for Foreign Affairs Shahriar Alam received the award.
Bangladesh is only country in the world where the Prime Minister, Parliament speaker, Leader of the Opposition, Deputy Leader of the house, and a major opposition leader are all women.
In the World Economic Forum report it has been placed among the top 10 countries in the world in reducing gender gap

About Women in Parliaments Award