ZSI: Sunderbans is home to 428 species of birds 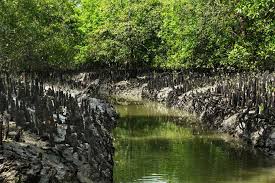 The Zoological Survey of India (ZSI) recently published the “Birds of the Sundarban Biosphere Reserve” in which ZSI highlighted that the Indian Sunderbans is home to 428 species of birds.

The Four protected areas in the Sundarbans have been listed as UNESCO World Heritage Sites. They are Sundarbans National Park, Sundarbans South Sundarbans West and Sundarbans East Wildlife Sanctuaries.

Indian Sundarbans were tagged as endangered under the IUCN Red List of Ecosystems framework in 2020.

The Sundri Tree and gewa tree are the most abundant tree species. The mangroves forests provide habitat to several faunal wildlife. It includes 428 species of birds, 120 fish, 42 mammal, 35 reptile and 8 amphibian species.

It is a national park, tiger reserve, and biosphere reserve situated in the state of West Bengal. It is part of the Sundarbans on the Ganges Delta.  It is situated adjacent to the Sundarban Reserve Forest in Bangladesh. It is covered by mangrove forests. It is considered as one of the largest reserves for the Bengal tiger. The national park was declared as the core area of Sundarban Tiger Reserve in the 1973. It was also declared as a wildlife sanctuary in the year 1977. While in the year 1984, it was declared a national park. The park is also a designated UNESCO World Heritage Site and a Ramsar site since 2019.