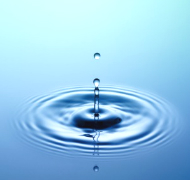 The report defines “water risk” as battling between flooding and droughts.

The report estimates that hundreds of millions of people all over the world will face increased water risks. The number of cities affected with water risks will increase to 100 by 2050. The list includes Jakarta, Beijing, Johannesburg, Hong Kong, Rio de Janeiro and Mecca. More than half of the cities to face the water risks are located in China. The other hotspots include middle east, South Asia, Africa and South America. These cities are home to 350 million people. Bottom-line, more than 51% of world population is to face high-water risk. Currently, the global population at the risk of high water risk is 17%.

One-third of 100 cities in the world are susceptible to water risk.

Of all the countries, the number of vulnerable cities in India are the highest. According to the report, the Smart City initiative can aid India in framing an integrated water management network. Also, the report suggests that the multi stakeholder ownership and engagement involving local communities will play a key role in conserving sustainable water infrastructure. It will also help in rejuvenating urban freshwater systems.

According to the report, to save the cities from the water risks, it is important to restore the wetlands. This will help the cities to come out of the vicious loop of water scarcity and flooding.

The report estimated the risks of the cities based on the factors such as freshwater availability, droughts, floods, climate change impact, regulatory laws to govern water use and conflicts.