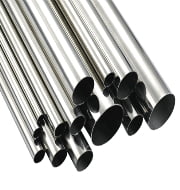 China has reported 1.7% fall in steel production. This is the first time China is facing an output decline. US faced a decline of 32%. South Korea’s steel production declined by 8.4%.

The other global steel producers such as European Union, France, Italy, Turkey, Spain, Russia, Ukraine and Brazil also faced decline in their output.

India is currently operating under its National Steel Policy 2017. Under the policy, India is to increase its steel production to 300 million tonnes by 2030. It alsi aims to make India self-sufficient in steel. It also aims to build a globally competitive steel industrial output in the country.