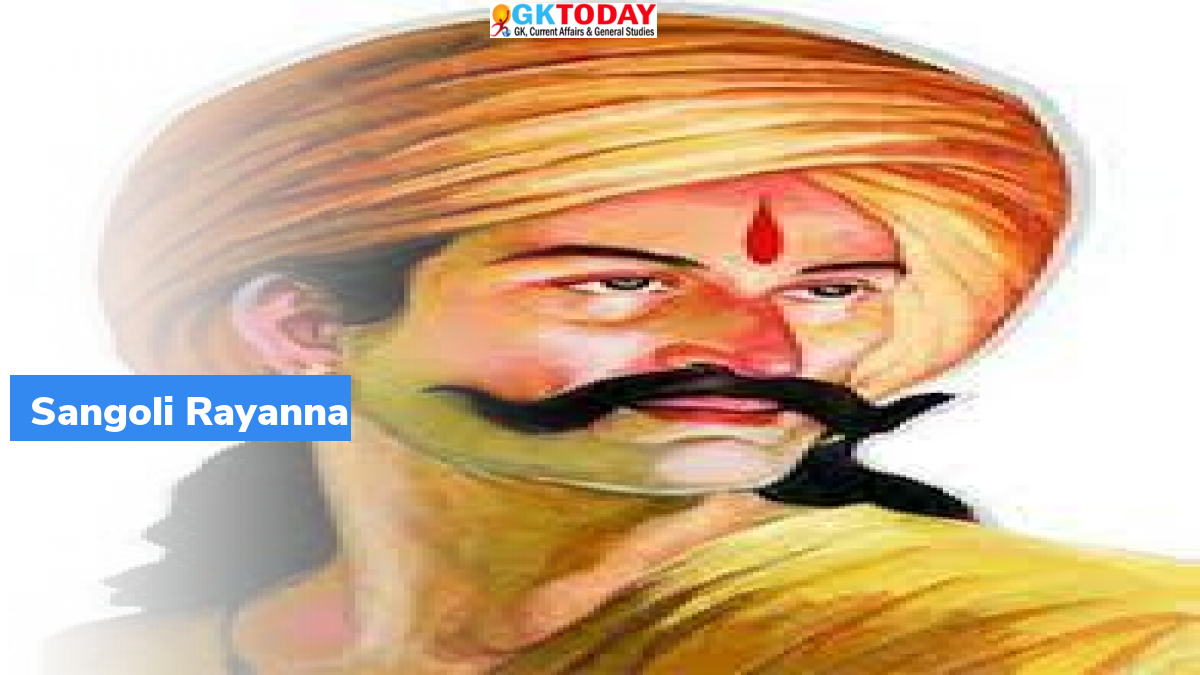 Sangoli Rayanna was a warrior from Kittur princely state. Kittur is the current Karnataka. He ruled during the time of Rani Channamma. The State Government of Karnataka is building a military school in the name of Sangoli Rayanna at a cost of Rs 180 crores. The school will be administrated by the defence ministry.

Fight against the British

Rayanna played a major role in the 1824 rebellion. Most of the land in Kittur kingdom was confiscated. And the left over land was heavily taxed. He created a guerrilla army. He and his army moved from place to place, burnt government offices, plundered treasuries. He trained and built army from the common people. He was caught in 1830 and imprisoned by the Britishers.

Rayanna was hanged to death in a Banyan tree in Belagavi district in 1831.

Siddi was a close associate of Rayanna. He planted a Banyan tree in his grave. To this date, the tree stands majestic. A temple has been built for Rayanna under the tree. Also, Ashoka Stambha was installed near the tree.

The temple has a statue of Rayanna with two wooden weights. The weights were used by Rayanna himself for body building.