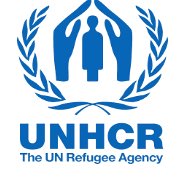 The United Nations Human Rights Council (UNHRC) unanimously voted to recognise a clean, healthy & sustainable environment as a universal right. This right was recognised by UNHRC on October 8, 2021 in Geneva, Switzerland.

Once the right is recognised by all, it would be the first of its kind in 70 years, ever since the Universal Declaration of Human Rights was adopted in 1948 by the UN General Assembly.

Right to a clean environment was first rooted in “1972 Stockholm Declaration”.

About the UN resolution

What are the concerns of Environmental defenders?

UNHRC is a United Nations body that seeks to promote and protect human rights worldwide. Council comprises of 47 members and they are elected for staggered three-year terms on a regional group basis. Its headquarter is in Geneva, Switzerland.