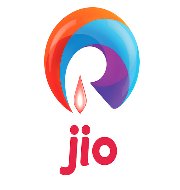 The Reliance Jio venture of billionaire Mukesh Ambani has become the fifth strongest brand globally. It now stands behind the brands like Ferrari and Coca-Cola.  This venture has achieved this milestone in just four-odd-years.

How this ranking was decided?

The assessment of stakeholder equity was done through the original market research data. The data was analysed for over 50,000 respondents in 30 countries and across 20 sectors.

It is an Indian telecommunications company and a subsidiary of Jio Platforms. It is headquartered in Mumbai, Maharashtra. The company operates a national LTE network and is covering all the 22 telecom circles. The operator does not provide 2G or 3G service. It only uses voice over LTE to provide the voice service on its 4G network. It was launched in December 2015 with a beta for partners and employees. In September 2016 it was launched for public. Jio also launched a fiber to the home service which offers broadband, television, and telephone services.

It is an independent branded business valuation consultancy that advises branded organizations on how to maximize their value through effective management.  It has been certified with ISO 10668:2010.