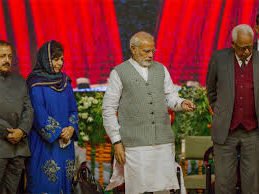 Pakal Dul Dam is proposed 167m concrete-face rock-fill dam (CFRD) on Marusadar River, a tributary of Chenab River in Kishtwar district of J&K. The primary purpose of the dam is hydroelectric power generation. Its underground power house has four units each of 250 MW capacity (total 1000 MW).
With 1000 MW capacity, it will be largest Hydro Power Project in J&K on completion. It will be also first storage project in J&K. Its project cost is shared by Government of India as well as the Government of J&K. It will have immense benefits for J&K by supplying power and also by improving water availability during lean season.

It is 37 m high concrete faced rockfill dam (CFRD) constructed on Kishanganga River in Jhelum River basin in Bandipore in Jammu and Kashmir. Its construction was started in 2007 and completed in 2016. It has underground power House with 3 Units of 110 MW capacity each (330 MW). Its all units were synchronised in May 2018. It will provide a free power of 13% to the state, which will be around Rs. 133 crore per year.