US places India once again on IPR ‘priority watch’ list 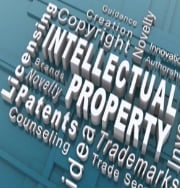 The US Trade Representative’s (USTR) office has once again placed India on the ‘priority watch’ list in this year’s Special 301 report despite the country rolling out National IPR Policy last year. India has been placed in ‘priority watch’ list owing to USTR’s view that India has not made adequate changes in its intellectual property (IP) laws and regulations. India has been placed on the ‘Priority Watch List’ for decades now and is likely to remain in the ‘Priority Watch List’ category for having inadequate IPR laws and patent protection.

Out-of-cycle review (OCR) of the India’s IPR regime by the USTR was started under the Obama administration in which both American, as well as Indian firms and other stakeholders, submitted their reviews on India’s IPR laws.
In May last year, India rolled out a National IPR Policy to address the concerns of the US trade bodies. The policy was drafted confirming to the World Trade Organisation’s Trade-Related Aspects of Intellectual Property Rights (TRIPS).
Similar to USTR’s Special 301 Report, India is being ranked poorly in the IPR index being done by the US Chamber of Commerce’s Global Intellectual Property Center (GIPC).

United States Trade Representative (USTR) is an agency that is part of the executive office of the President of the US. USTR creates an annual Special 301 list since 1989. USTR places those countries that have either national laws or regulations that detrimentally affect U.S. trade or the rights of IP holders on this list. USTR places these countries in three categories. The most egregious violators are featured as Priority Foreign Countries (PFC), serious offenders are featured on the Priority Watch List (PWL), and less serious offenders in the Watch List (WL). The Special 301 list has continuously placed India most often as a PWL country.

Under World Trade Organisation jurisprudence, the legality of the unilateral actions by the US over other sovereign countries remains questionable. To cater to its needs, the US tries to bring about a change in a country’s domestic IP law by adopting mechanisms like the Special 301 list. It is an extraterritorial application of the domestic law of a country and is not reasonable under the overall WTO regime.