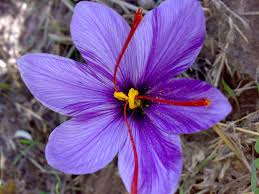 Saffron Production under the National Saffron Mission that was so far confined to Kashmir is now to be implemented in the North East. The plants are to be transported from Kashmir to Sikkim.

So far, saffron production was confined to the Union Territory of Jammu and Kashmir. It was mainly grown in the Pampore region of India. The region is known as “Saffron Bowl of Kashmir” and is the main contributor to saffron production.

Saffron production was confined to very few and specific regions of Kashmir. Though National Saffron Mission brought in several measure, the area of production was too low. There were no enough bore wells in the saffron growing regions. According to the University of Agricultural Sciences and Technology of Kashmir, around 128 bore well are required to cultivate saffron in the region. So far only three have been constructed. The National Saffron Mission constructed 85 more bore wells. Still the region needs more bore wells.

Floods in the region is another major constraint to saffron production in Kashmir. Around Rs 668 crore of saffron get damaged due to floods.

The Mission was launched in 2010. It aimed to increase saffron production in Kashmir valley. It was a four year mission that was implemented between 2010-14. Later it was extended, as the production of saffron declined greatly in 2014.

The GoI allocated Rs 373 crore for the mission. However, only Rs 150 crores have been spent.

Around 16,000 families spread in 226 villages are dependent on saffron cultivation in Jammu and Kashmir.

NECTAR is North East Centre for Technology Application and Research (NECTAR). It is an autonomous body under which the pilot project to explore feasibility of growing saffron in the North East region was determined.

The Kashmir Saffron received GI Tag in May 2020.