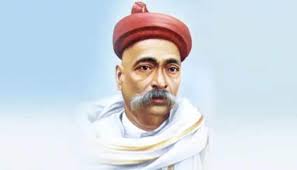 Tilak, born as Keshav Gangadhar Bal Gangadhar Tilak, contributed to help the country break free from the British rule. He was the first to give us the slogan – ‘Swaraj is my birthright.’ He was also an important figure in setting up the Home Rule League in India. Part of the Lal-Bal-Pal trio, Tilak was also known as the ‘Father of the Indian unrest’ by the British colonial rulers.

Bal Gangadhar Tilak was a great scholar, writer, mathematician and a philosopher. He was given the title ‘Lokmanya’ meaning ‘beloved leader’. He was called ‘The Maker of Modern India’ by none other than Mahatma Gandhi. Tilak joined the Indian National Congress in 1890 but soon fell out with the moderates and the Surat Split took place in the INC in 1907. Tilak was a prominent leader of the Extremists in the INC. He passed away on August 1, 1920.