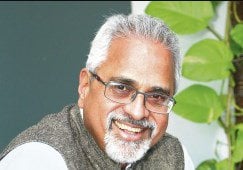 Madhukar Kamath, chairman emeritus of advertising firm DDB Mudra group, has been elected as chairman of Audit Bureau of Circulations (ABC) for year 2019-2020. He has more than 4 decades of experience in advertising and marketing services.

He has also been president of Advertising Agencies Association of India (AAAI) chairman of The Advertising Standards Council of India (ASCI) and chairman of Mudra Foundation. He has been on the board of the industry body, which certifies circulation figures of its member publications. He also helped Omnicom acquire Mudra Group and integrate it into DDB Worldwide Network. He has served as chairman and mentor of brand consultancy Interbrand and has led several industry bodies.

About Audit Bureau of Circulations (ABC) of India

It is a not for profit circulation-auditing organisation. It is responsible for certifying and auditing the circulations of major publications, primarily of newspapers and magazines in India. It is a voluntary organisation, founded in 1948. It is private entity operating in different parts of the world. ABC’s services such as certificates of circulation are being availed by advertisers, publishers, advertising agencies and organisations connected with print media advertising.