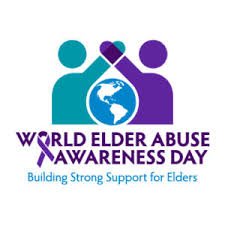 The World Elder Abuse Awareness Day (WEAAD) is observed every year on June 15 across the world to highlight the often silent suffering of the elder generation. The theme this year is “Moving from Awareness to Action through a Human Rights based approach”.

The global population of people aged 60 years and older is predicted to be double, from 900 million in 2015 to about 2 billion in 2050.  With growing global population of elderly people, and increase in longevity, abuse of elderly is increasing. It is serious social problem that affects health and human rights and can cause death.
The World Health Organisation (WHO) estimates that around 1 in 6 older people experienced some form of abuse. Rates of abuse may be higher for older people living in institutions than in community. Elder abuse is predicted to increase as many countries are experiencing rapidly ageing populations. The abuse can lead to serious physical injuries and long-term psychological consequences.

The World Elder Abuse Awareness Day was proclaimed by United Nations General Assembly (UNGA) by through resolution 66/127. Observance of this day aims to raise voice against abuse and suffering inflicted to some defenceless older people. Elder abuse is global social issue which affects health and human rights of millions of older persons around the world. This day aims to gain attention of the international community on this social issue.