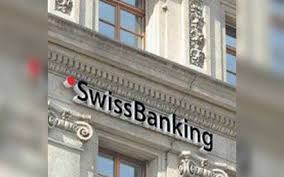 On October 9, 2020, India received second set of Swiss bank details under the “Automatic Exchange Pact” signed with Switzerland. The pact was a key milestone of GoI in its fight back against black money.

Some of the details of the received information relate to entities set up by Indians in foreign jurisdictions such as British Virgin Islands, Panama and Cayman Islands. These individuals were mostly politicians, businessmen and royals and their family members.

However, the Swiss Banks do not share quantum of assets held by Indians citing confidentiality clauses.

India was at 77th rank in terms money held by Indians with Swiss Bank by the end of 2019. UK was at the top. The countries were ranked based on Swiss National Bank data. In 2018, India was at 74th position.

Global Forum on Transparency and Exchange Information for Tax Purposes

In accordance to the forum, around 38 countries supply data to Switzerland. In 2018, 36 countries shared information with Switzerland. The Automatic Exchange of Information Agreement signed by Switzerland with several other countries and its implementation is reviewed by this Global Forum.

Several Indians closed their accounts after global crackdown on black money. Switzerland began to share information due to international pressure.