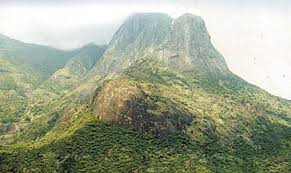 The centre recently made clarifications about the upcoming INO project in Tamil Nadu in response to questions in Rajya Sabha. The INO project, which is being planned in Theni of Tamil Nadu, is a proposed research facility to be constructed close to the Western Ghats. Its vicinity to the Ghats region had led to concerns over its impact on the eco-sensitive zone. The High level Working Group, headed by Dr. Kasturirangan, had concluded that the site wasn’t in an eco- sensitive region and the NGT has also awarded clearance for its establishment. Several outreach programs have been conducted over the years to discuss with the local population, students, faculty, media, etc. Campus visits to the INO transit campus, including a visit to the 85 ton mini-ICAL Detector, was also conducted.

The proposed INO site will study the properties of the elementary particles called neutrino using a larger detector to be constructed in an underground research facility. The detector will be housed in a 2km long horizontal tunnel.