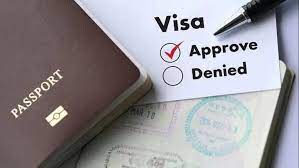 The Government of India has given its approval for the Immigration Visa Foreigners Registration Tracking (IVFRT) scheme’s continuation for a period of five years till 31 March 31, 2026, with Rs 1,364.88 crore financial outlay.

IVFRT has a global reach and aims to optimize and connect functions which are related to visa issuance, immigration, foreigner registration, and movement tracking in India by involving 192 Indian missions around the world, 12 Foreigners Regional Registration Officers and offices, 108 Immigration Check Posts in India, and over 700 Foreigners Registration Officers, Deputy Commissioners of Police and Superintendents of Police across the country.

After the implementation of the IVFRT, the number of visas and Overseas Citizens of India cards issued increased at a Compounded Annual Growth Rate (CAGR) of 7.7% from 44.43 lakh in 2014 to 64.59 lakh in 2019.

During the pre-IVFRT period, 15 to 30 days was the average visa processing time and that has been reduced to a maximum of 72 hours, with 95 percent of e-visas being issued within 24 hours.

Over the last 10 years, foreign traffic to and from India has increased at a CAGR of 7.2 percent from 3.71 crores to 7.5 crores.

What is Compounded Annual Growth Rate?

CAGR is the mean yearly growth rate of an investment over a period of time greater than one year. It is one of the most accurate methods for calculating and determining returns for investment portfolios, individual assets, and anything else that has the potential to increase or decrease in value over time.