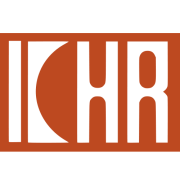 The Indian Council of Historical Research (ICHR) is planning to document stories and legends relating to villages and towns across India into an encyclopedia.
This initiative is aimed at to connect people better with the oral and folk traditions. It would be among the key initiatives to be under taken by ICHR.
Other initiatives to be undertaken includes study of the princely States of modern India, studies to fill the gaps between the Harappan civilisation (first Indian urbanisation) and the 6th century BC (second urbanisation).

About the Indian Council of Historical Research (ICHR)