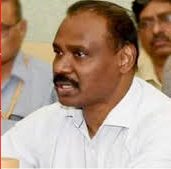 The reorganization of erstwhile State of Jammu & Kashmir into Union Territories of Jammu & Kashmir and Ladakh came into existence on the birth anniversary of Iron man of India, Sardar Vallabhbhai Patel. The creation of two new UTs of J&K and Ladakh follows a landmark decision by centre to abrogate Article 370 and 35A of constitution on 5 August 2019.

Born 21 November 1959, G C Murmu is an MBA in public service and also holds a post graduate in political science. He is a 1985 batch Indian Administrative Service (IAS) officer of Gujarat cadre and has served as principal secretary to Narendra Modi during his tenure as Chief Minister of Gujarat.

NOTE:  Lieutenant Governors are appointed by President of India for a term of 5years.