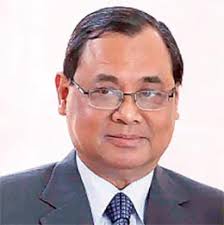 On March 19, 2020, the former Chief Justice of India Ranjan Gogoi took oath as the Member of Parliament of Rajya Sabha.

The President Shri Ram Nath Kovind nominated Shri Ranjan Gogoi the former Chief Justice of India to fill in the vacancy of the retiring member KTS Tulsi under Article 80.

The Former CJI has pronounced famous judgements of the supreme court during his tenure. It includes entry of women in Kerala Sabarimala temple case, Rafale Jets, Assam’s NRC (National Register of Citizens), etc.

The Additional Solicitor General of India gives advice to GoI on legal matters. They appear in the Supreme Court or in other high courts on behalf of the Government.