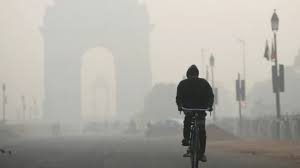 On October 29, 2020, the Chief Minister of Delhi, Shri Arvind Kejriwal launched the Green Delhi mobile application. The application will help the citizens to inform the state government about the pollution causing activities. It is to act as a platform of communication between the Delhiites and the State government. The application can be downloaded from Google Play Store.

In October, 2020, the Delhi government launched the “Green War Room” initiative. The war room will act as a centre to receive complaints and track them through the Green Delhi mobile application. Also, the war room will analyse satellite data that are related to farm fires in Punjab and Haryana.

Delhi government has also launched the “Yuddh Pradushan Ke Viruddh” campaign. It is an intensive anti dust drive. It also focuses on installation of anti-smog guns. The campaign also included an action plan for 13 pollution hotspots of Delhi.

Delhi government also introduced the Tree Transplantation Policy. Under the policy 80 percentage of the trees affected by Infrastructure Projects are to be transplanted.

The Electric Vehicle Policy of the Delhi Government aims to subsidize the purchase of electric vehicles in the national capital region. The policy aims to bring 5 lakh electric vehicles on road in next 5 years.