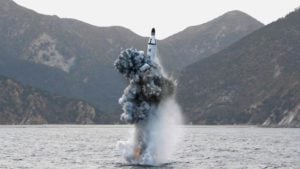 The United State recently approved Anti-Ballistic Missile sales to South Korea and Japan. The sale is worth more than $600 million and comes in backdrop of mounting tensions with North Korea.

US and North Korea

In February 2019 second summit between Trump and North Korean leader Kim Jong Un was held in Vietnam. It ended with a deadlock, when US side refused North Korea’s demands of easing sanctions until Pyongyang takes major steps to end its nuclear program.