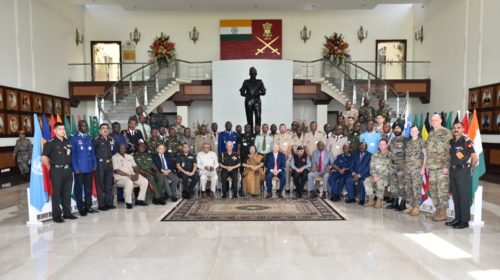 UNPCAP-03 was aimed at building and enhancing capacity of the African Troop Contributing Countries to UN and to further train trainers from these countries. The students who participated in this two week course included officers who are currently employed in their respective peacekeeping training centres. These African military officers will in turn train troops in their respective countries. The first and second editions of the course were held in New Delhi in 2016 and 2017. These courses are being seen as milestone in many ways at international forum, which also reflect India.

India is the largest cumulative troop contributor to UN Peacekeeping Missions mandated to maintain stability and negotiate peace settlement in turbulent regions across the world. So far India has provided almost 200,000 troops in nearly 50 of 71 UN peacekeeping missions over past six decades, including 13 of current 16 missions.