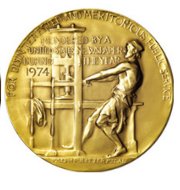 The 2018 Pulitzer Prizes were awarded by Pulitzer Prize Board for work during 2017 calendar year. In Journalism, New York Times won most awards of any newspaper, with three, bringing its total to 125 Pulitzer Prizes. The New York Times and The New Yorker have jointly won the Pulitzer Prize, in the Public Service category for long-running Harvey Weinstein saga of sexual harassment and abuse in Hollywood. In Letters, Drama & Music, Andrew Sean Greer’s comic novel Less won best Fiction award.

The Pulitzer Prize is an annual award for achievements in newspaper, magazine and online journalism, literature, and musical composition in United States. It was established in 1917 by provisions in will of American-Hungarian newspaper publisher and master of yellow journalism Joseph Pulitzer. The award is administered by Columbia University in New York City. Prizes are awarded yearly in 21 categories. In 20 of the categories, each winner receives certificate and US$15,000 cash award. The winner in the public service category of the journalism is awarded a gold medal.