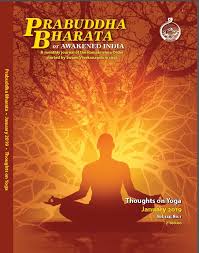 The Prime Minister, Narendra Modi, will address the 125th anniversary celebration ‘Prabuddha Bharata’ which is scheduled to be organized on January 31, 2021.  It will be organized by the Advaita Ashrama, Mayavati

Contributors of the magazine

This ashrama was founded in the year 1899. It was a branch of the Ramakrishna Math. The ashrama is located in Uttarakhand.