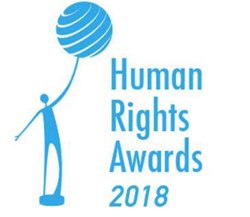 About the UN Human Rights Prize

These awards were instituted by the General Assembly of United Nations in 1966 and are intended to honour and commend people and organizations which have done outstanding contribution to the promotion and protection of human rights embodied in the Universal Declaration of Human Rights and other United Nations human rights instruments. The first awards were given in 1968 and are given every five years since then.

Late Asma Jahangir (died Feb. 2018) was the fourth Pakistani woman to receive the prestigious award. She was an advocate from Pakistan, known for her persistent advocating for women’s rights and discrimination against minorities. She was first woman to serve as president of the Supreme Court Bar Association of Pakistan. She was critical of Pakistan’s military, intelligence and armed groups. She faced death threats, imprisonments and beatings several times. She co-founded and chaired the Human Rights Commission of Pakistan; helped passing of a legislation against bonded labour in Pakistan; and worked on blasphemy cases.

Rebecca Gyumi is a Tanzanian advocate and founder of the Msichana Initiative in Tanzania. This is an NGO which advocates for girls’ right to education. In 2016, Gyumi had won a landmark case on child marriages after petitioning against the 1971 Tanzania Marriage Act which allowed girls as young as 14 to get married.

Front Line Defenders is an Ireland based charity that provides support to human rights defenders having lives and health at risk through advocacy, grants, security and training. It was founded in 2001 in Ireland’s capital, Dublin.

Trivia: So far, only one Indian personality – Baba Amte has been awarded United Nations Human Rights Prize. Baba Amte was given this prize in 1988.