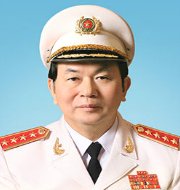 Tran Dai Quang has sworn in as the ninth President of Vietnam after he was elected by country’s National Assembly. He succeeds Truong Tan Sang and shall have term of five years.
He was elected as President after he had secured 91.5% votes i.e. 452 valid votes out of the total 494 members of the unicameral house.