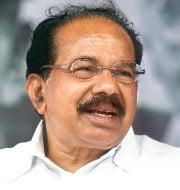 President Pranab Mukherjee has conferred prestigious literary award Saraswati Sammaan for the year 2014 to Dr. Marpadi Veerappa Moily in New Delhi.
He was bestowed with this award for his Kannada poem ‘Ramayana Mahanveshanam’ which was first published in 2007.
The poem explores the ‘Ramarajya’ or the true principle of the ‘ideal State’ from a secular and modern point of view. It has been translated into English, Hindi, Telugu and Tamil.
With this Dr. Moily became second Kannada writer to receive this prestigious award after S. L. Bhyrappa (2010).