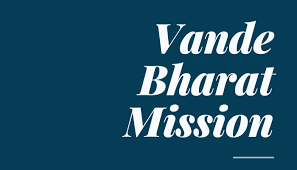 The fifth phase of the Vande Bharat Mission aimed at evacuating the Indian nationals stranded in various foreign countries on account of restrictions on air travel will commence from August 1. India has already brought around 2.5 lakhs stranded Indians from various countries through Air India flights. Now, additional flights will be launched in order to evacuate more people, starting from the next month.

Overall, 7.88 lakh Indians stranded abroad due to the COVID 19 outbreak have returned to the country under Vande Bharat Mission till July 22, according to the data released by the Ministry of External Affairs, Government of India.

What is Vande Bharat Mission?

It is the biggest-ever evacuation exercise carried out by India to bring back its stranded nationals from various countries amid the deadly COVID 19 pandemic. The last such exercise took place during the Gulf War in the 1990s when India had evacuated more than 177000 people from the region in the wake of the war between Iraq and Kuwait.

The mission gives priority to Indian citizens with reasons to return such as no employment, expiry of visa cases, loss of family members, etc. The mission is being carried out in phases and in this, Air India and its subsidiary Air India Express will operate 64 flights to bring back the Indians from 12 countries. The entire cost of travel is being borne by the passengers under this mission.

Apart from this, the Indian Navy is also continuing ‘Operation Samudra Setu’ in order to repatriate Indian citizens from overseas countries.